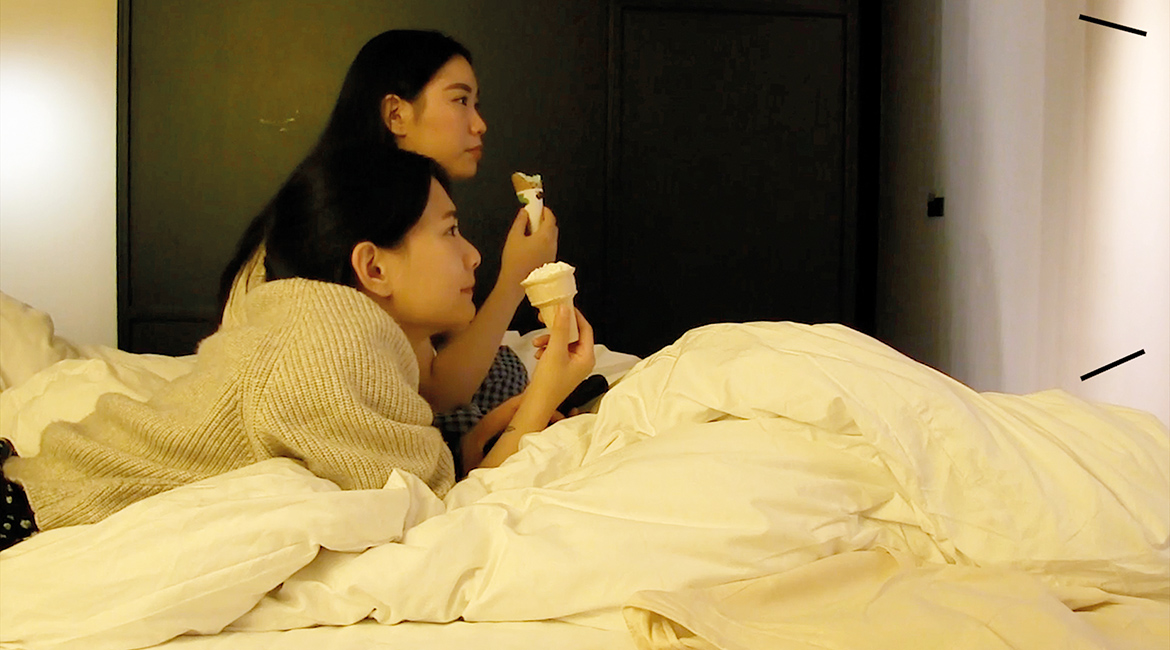 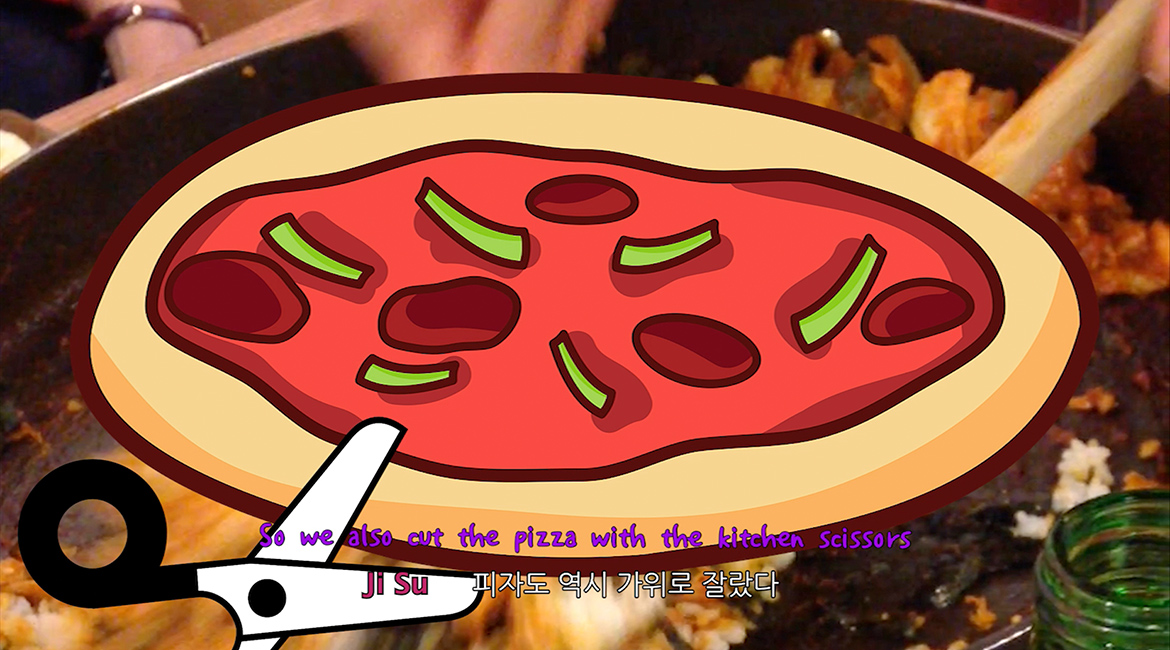 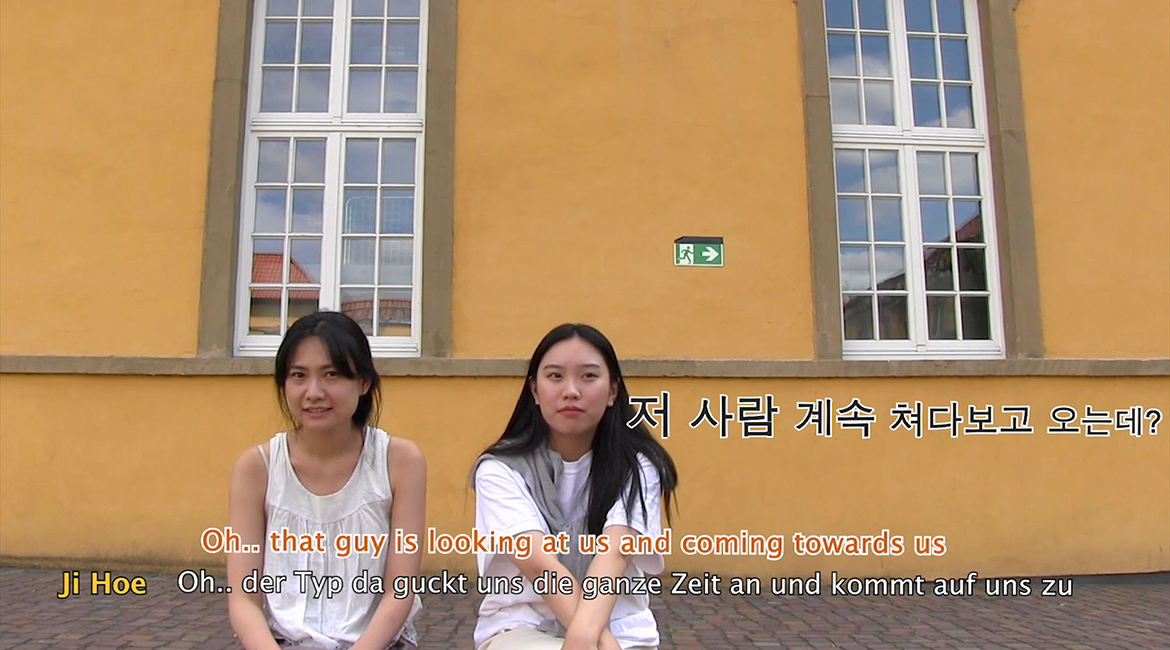 The video artist Ji Su Kang-Gatto was born in South Korea but has lived in Germany since the age of two. The language in which she can best express herself is German. Her sister, Ji Hoe Kang, who is nine years younger, was born in Germany but has lived in South Korea since she was seven. She no longer speaks German, but Korean. The 46-minute video work VLOG #8998 | KOREAN KAROTTENKUCHEN & OUR MAKEUP ROUTINE revolves around the experiences and observations of the two sisters in their everyday lives and, as is usual for vlogs, can also be found on YouTube. 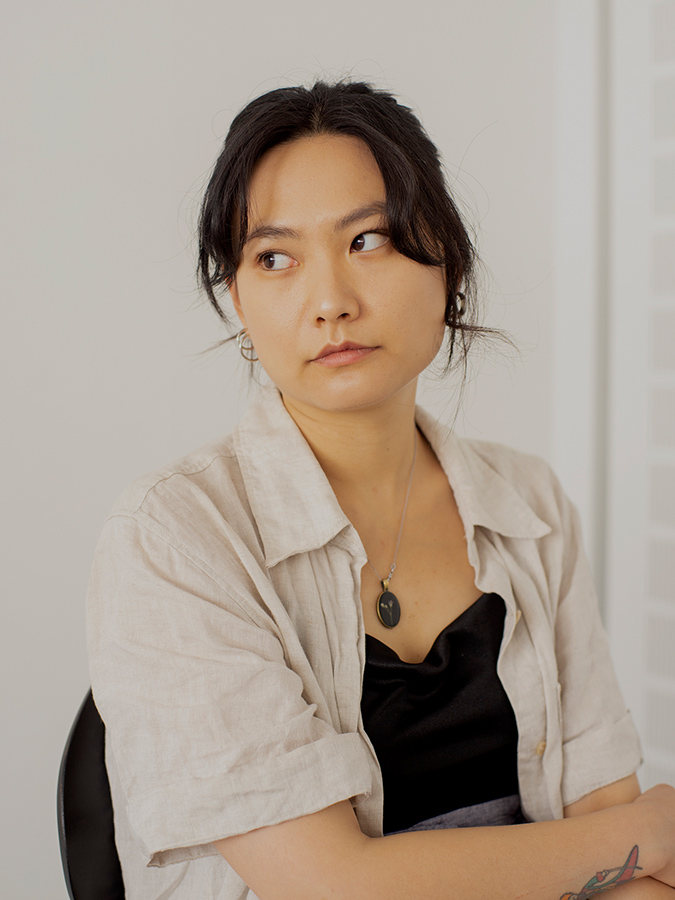