A PORTRAIT OF ACTOR JONAS DASSLER

“In the school theater group I learned how to reflect on myself and my environment. It was what helped me to grow, far more than the rest of school.” For many German actors, an interest in their subsequent profession may have been awakened for the first time during their time at school. But when Jonas Dassler talks about his first uncertain steps on the stage not so very long ago, it does sound like a rather unique experience.

And indeed, as the 23-year-old points out, his theater group was a very special one: “It wasn’t, as is so often the case, all about dressing up as old men and playing Dürrenmatt’s physicist. Instead, our teacher developed her own plays with us, and they arose from our own personal experiences and had relevance for our lives.”

This reference to one’s own life, to reality, is something which is still high on Dassler’s agenda today. After studying at the long-established Ernst Busch Academy of Dramatic Arts, he decided – inspired by his acquaintance with his colleague Dimitrij Schaad, who was working there at the time – to join the ensemble of Berlin’s Maxim Gorki Theater. “I’m grateful for the very traditional German acting technique I learned at Ernst Busch, but I was actually interested in a complete contrast to all those strict rules and role expectations,” he says to explain his decision, which was also linked to the fact that Gorki is one of the few places in the German theater landscape not being run by a white man. 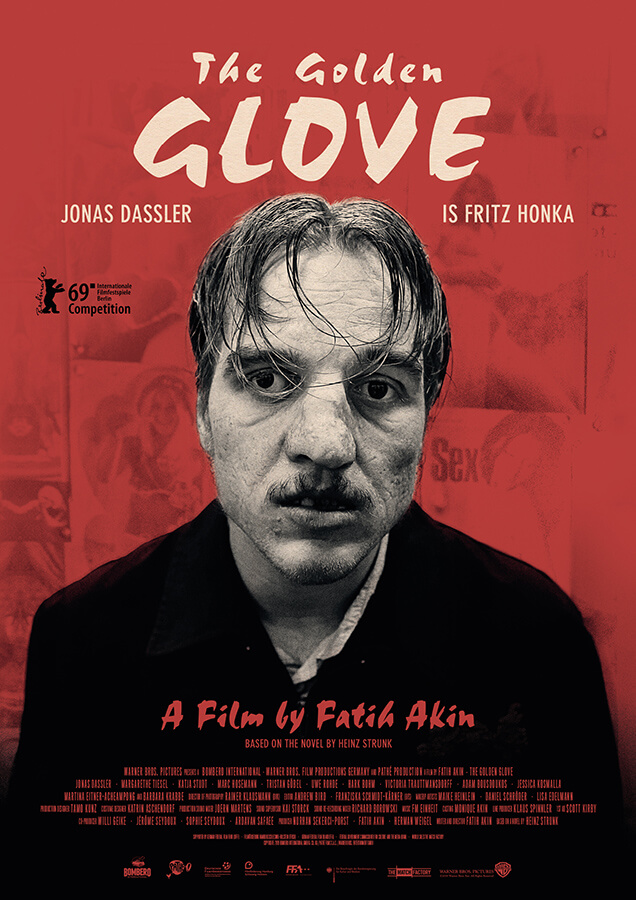 “At Gorki, for the first time I experienced actors being perceived as thinking people, not just as someone intended to fulfill the director’s dreams. Moreover, in all their diversity, the actors who come together there represent the world in which we live. To make theater with and out of this simply makes sense for me at the moment.”

Dassler also sets high standards regarding the films he makes, so they are characterized by great authenticity and humanity. His debut on screen alongside Franz Rogowski in UNS GEHT ES GUT was quite the opposite of a conventional teenager film in terms of surrealism and style, and you won’t find his name in the credits of the usual mainstream comedies.

Instead, he played the leading role – even before his debut at Gorki – in Julia Langhof’s LOMO – THE LANGUAGE OF MANY OTHERS, which won him the Bavarian Film Prize and the First Steps Award, among other accolades. This was followed by Lars Kraume’s THE SILENT REVOLUTION.

Born in Remscheid, he is very aware that he is extremely lucky to be able to hand-pick his film roles. “I started out in an incredibly privileged position, not least because I fit a certain classic image of the German actor,” he says with reference to his skin color and a comfortable middle-class background. “I am so fortunate that I can decide con­sciously to work with interesting directors and not have to shoot something just to make money. There are colleagues who have a different cultural background, a different skin color. They are not approached for the same things as me. They will never have the opportunity to pursue the same career as me. I am highly conscious of this privilege, and I do try to respond in a responsible way.”

Dassler’s response to the aspect of fame is also reflective and thoughtful – and indeed, his fame has grown considerably since he played the leading role in Fatih Akin’s controversially acclaimed film adaptation THE GOLDEN GLOVE last year. He was nominated for the German Film Award for the first time for his role as the brutal serial killer, Fritz Honka. He’s not interested in hanging out at glamorous fashion parties like other colleagues, or in cavorting on Instagram.

Interview situations or appearances on the red carpet are not really his thing, either. This is not the only reason why the world premiere of Akin’s film at the Berlinale 2019 was an absolute exception. “I’ve never done anything so crazy in my life,” recalls Dassler, who was on stage at Gorki that same evening in Kafka’s Report to an Academy and was driven from there directly to the Berlinale Palast. “But it worked quite well because the Berlinale is way up there, anyway. It’s not normal. You just continue acting, only in a different role.”

This year, Dassler, who recently finished shooting the film MEIN SOHN with Anke Engelke, will have to play this role for a little longer, since he has been chosen as one of the European Shooting Stars. It is an honor that “touches and delights” him, but which he doesn’t wish to think about too much in advance. “But certainly, I am looking forward very much to the international exchange. Getting to know colleagues and hearing their stories. A dialogue across borders, because crossing and opening borders is always the best thing you can do.”

Incidentally, this also applies to the proverbial borders of German cinema, as he makes unmistakably clear: “We should finally start developing material that breaks down cultural prejudices and role models, and doesn’t just reproduce them without reflection.”