When war is called peace, when propaganda is uttered as truth, when hatred is declared to be love, life itself begins to resemble death. Surviving Donbass. A practical guide to Inferno.

The action of the film takes place in a region of Eastern Ukraine, occupied by various criminal gangs, which are fighting at once with the Ukrainian regular army, with other gangs and with Russian troops. The context in which the action takes place is a hybrid war, happening alongside an open armed conflict, accompanied by robberies on a mass scale and gradual degradation of the civilian population. There is fear, deception, hatred and violence everywhere. Society is collapsing, and death and deadly silence lie upon the place. The state of war reaches its climax. 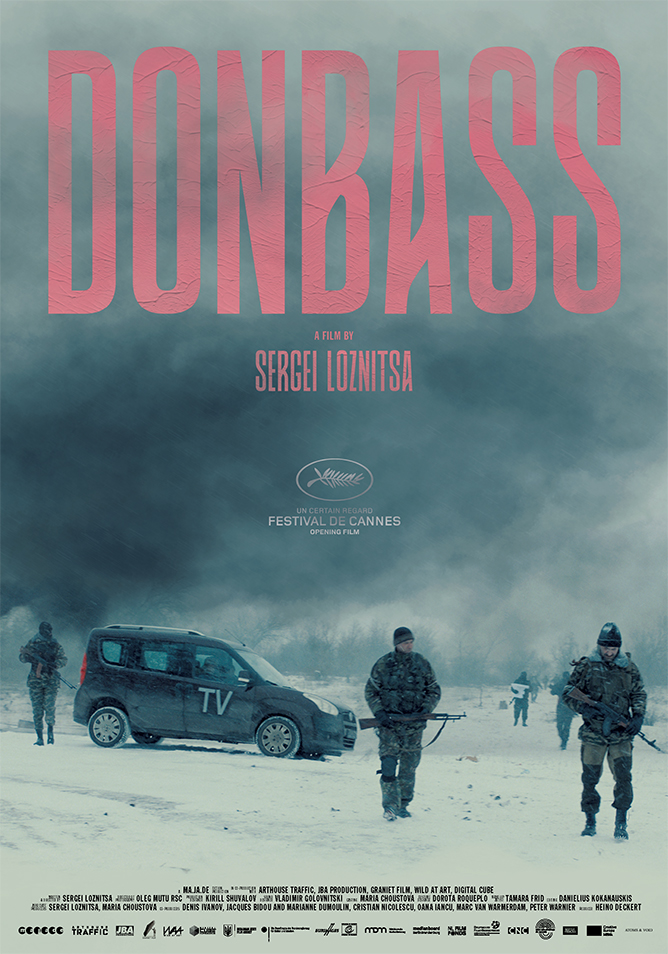 photos © ma.ja.de. Fiction
Back to Home Next Film Prev Film