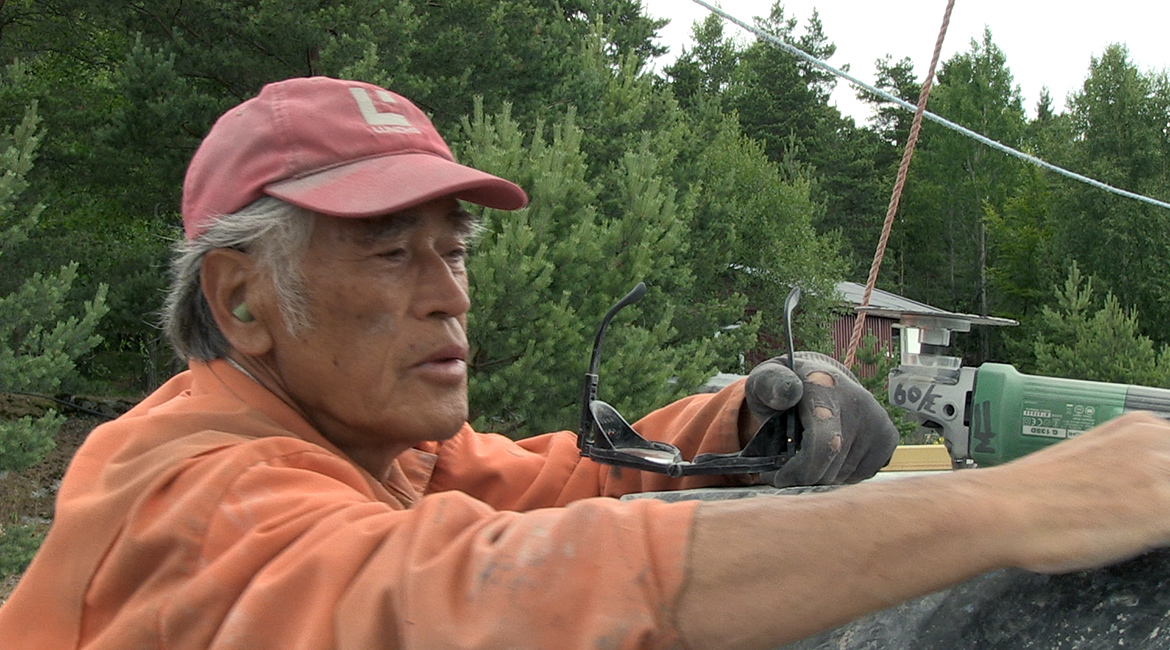 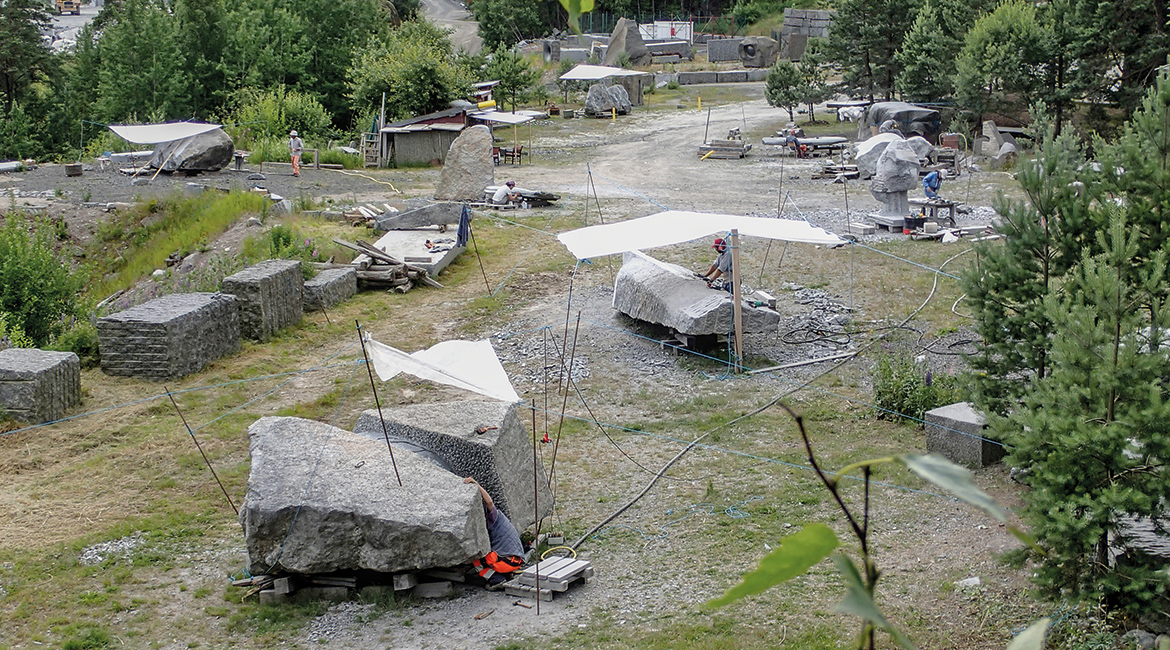 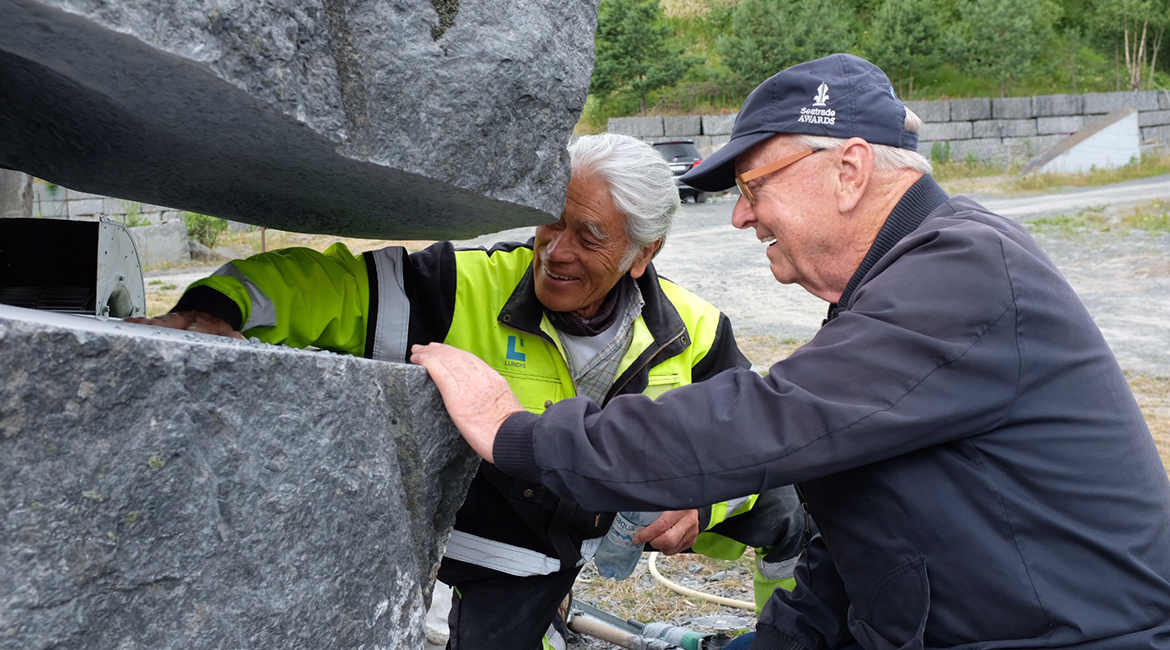 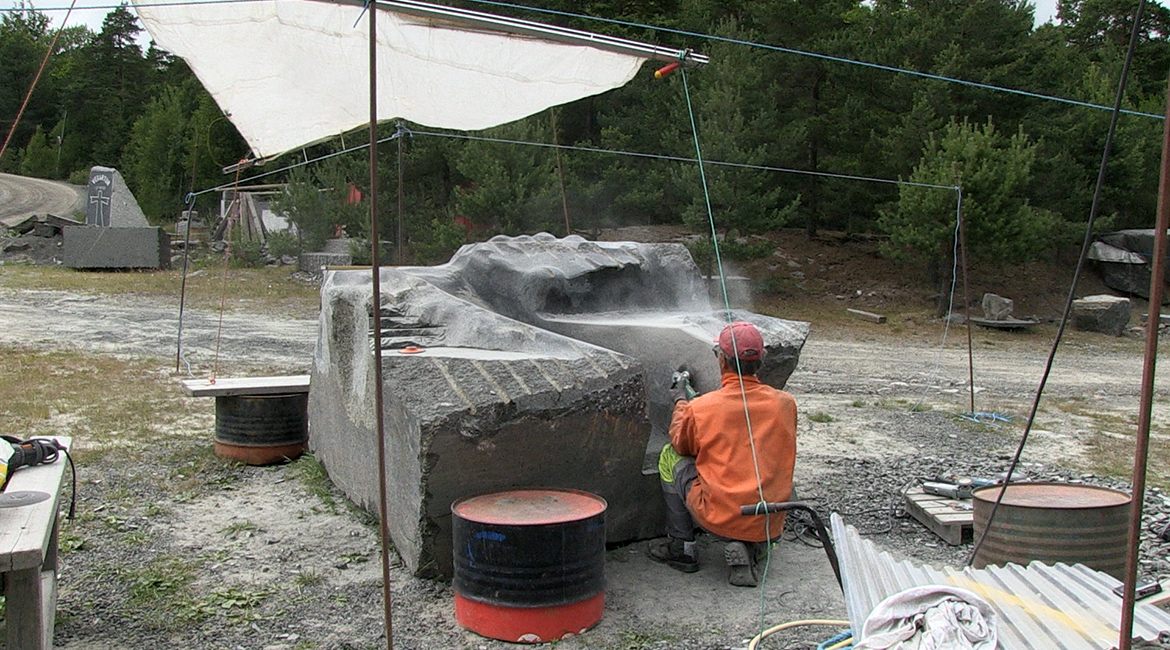 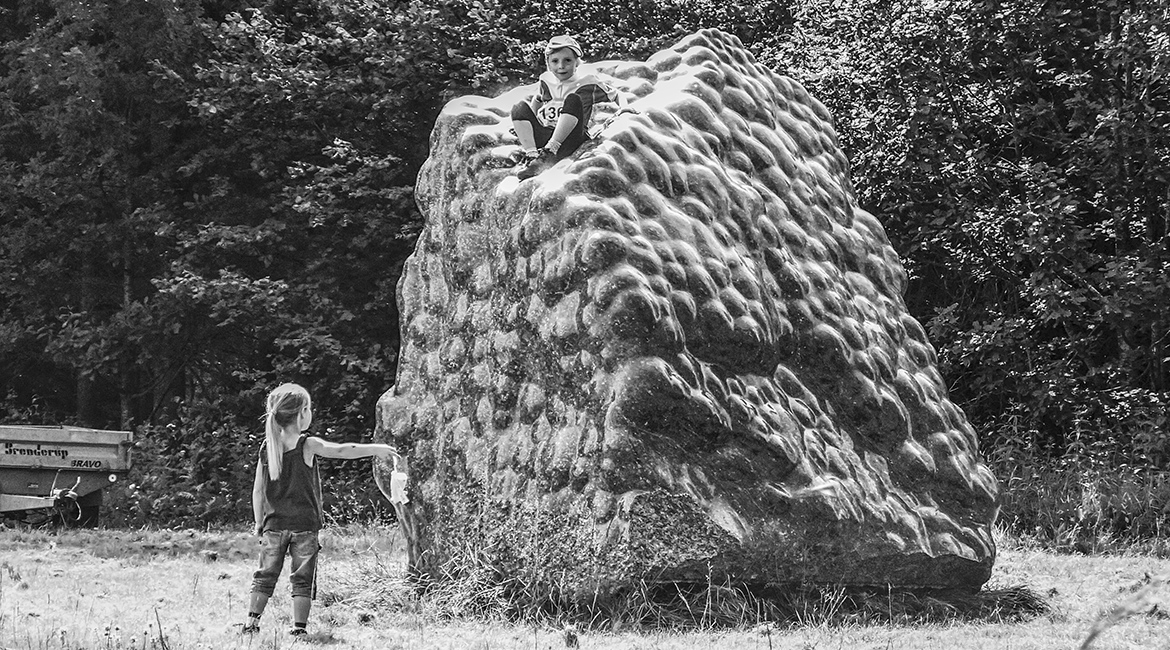 Makoto Fujiwara‘s influence is international. The stone sculptor and teacher succeeds in combining his Japanese culture with the values of Norway and Germany. He impresses pupils and students not only with his craftsmanship, but also with his ascetic way of life. Without a lot of words, he has no perfect command of any language, except the language of stone. He conveys approach and understanding by bringing the stone itself to bear.

In 1970 Makoto took part in a stone carving symposium organized by Karl Prantl in St. Margarethen, Austria. He shares the enthusiasm for the symposia with Prantl and continues them with the help of Thor Lundh in the quarry of Norway.

Makoto grew up in a Buddhist temple near the Kanayama megaliths. He wants to return there and yet stays for almost 40 years in the quarry in Norway with Thor and the larvikite stone with the blue crystal inclusions that challenge him again and again.

photos © Rita Ziegler
Back to Home Next Film Prev Film